Howard was born and raised in Lancaster, SC, but has been a New Englander since graduating from the Berklee College of Music in Boston. He earned a Bachelor’s degree in Music Education from Berklee and later received a Master’s degree from Rhode Island (RI) College in Providence. Howard taught at Berklee, The RI School of Music, RI College and the Westerly, RI public schools. In addition to composing and arranging, he has performed as a saxophonist and pianist throughout New England.

Raised in the Southern Baptist church, Howard converted to Catholicism in his mid-thirties. The music in the parish he attended with his wife, Robbie, touched him deeply. The more he became involved with the music ministry, the more he realized that the Lord was calling him to that ministry.

Before being appointed to his present position, he was the director of music ministries for the Church of the Immaculate Conception in Westerly, RI for 19 years. 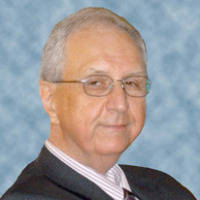