A parishioner and lector of Saint Mary Parish in Jewett City, Carl brings over forty-five years of experience in the construction and building fields to this new position.
Starting in the field of masonry in the early 1970s and later opening his own masonry business, he was certified as a building official in the State of Connecticut in 1983. He served as masonry superintendent for Shepherd Hill Elementary School in Plainfield from 1990-1991 and as masonry superintendent for the seven story addition to the Veterans Administration hospital in Newington, Connecticut, from 1990-1992. More recently, from 2004-2016, Carl served on the building committee, the design committee, and as clerk and treasurer for the American I.egion Veterans Housing, Inc. project, a $5.8 million renovation and addition of eighteen apartments for homeless veterans in Jewett City. From 2006 to the present he has been the building official for the Town of Lisbon, which has included inspecting all aspects of the Lisbon Crossing shopping location, including Lowe’s, Target, and Chili’s.
A true believer in preventive maintenance, Carl has “hit the ground running,” already beginning to inspect all three parish campuses and cemeteries and compiling a list of ways to properly maintain our buildings and grounds while saving money over the longer term. 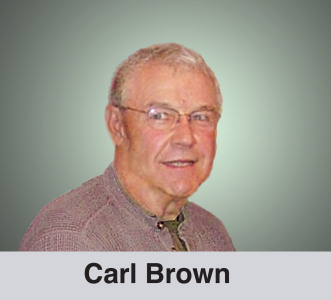